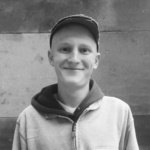 By Sam Butler-Sloss, Co-Lead of WEAll Youth Scotland and Organiser at Economists for Future

I got involved in the Wellbeing Economy Alliance because the case for repurposing and redesigning the economy to deliver wellbeing for people and planet is overwhelming. Yet, as a student of economics, it is unclear to me to what extent the economics profession agrees with this.

In my experience, most economists want to enhance the wellbeing of humanity through analytical contributions. Yet, in the past several decades, dominant economic theory and practice has made a number of consequential errors that have compromised the discipline’s ability to fulfil this goal. Chief among them is the de-prioritisation of the single greatest threat to the wellbeing of humanity in the 21st century – the climate and ecological crisis.

Across teaching, research and public and policy engagement, economists have failed to adequately engage in this issue. The most cited journal in economics has never published an article on climate change. The teaching of economics remains abstracted from ecological foundations. And even as other academic disciplines have become increasingly vocal on this issue, economists have remained too silent.

Worse too, when economists do engage, they often distort the problem. To name a few examples, their models tend to leave out tipping points, catastrophic risks and treat all threats as ‘marginal’. As a result, many economists’ contributions have been used as evidence to scale back, rather than scale up, climate ambition.

The economics profession’s insufficient response to the climate crisis puzzles me – it appears they are not even living up to their own standards.

Firstly, over the last several decades, economists have tried to convince the world that they are ‘scientific’. But, if they pride themselves on being scientific, then they must take the most important science of our day seriously.

Secondly, if the purpose of economics is to further human prosperity, then in an era of environmental breakdown, the exclusion of the natural world is only undermining that very goal.

Thirdly, the priorities of economists are often governed by cost-benefit analysis, but there is no scenario that is more expensive than unabated climate change. Even when using this dangerously narrow framework, the economic imperative for urgent action is clear. With the inclusion of harder-to-quantify aspects, such as distributional justice, this imperative for action is only amplified.

You might ask, why focus on economists? Is the inaction not the fault of politicians? Is it not a lack of political will? Sure, political willpower is in serious shortfall. As COP comes to an end, all eyes are on the world leaders. Rightly so. They must show leadership: they must take decisive and ambitious action or step aside for those that will. But pressure groups must also dig one layer deeper and ask how policy-makers make their decisions. For better or worse, economics has a central role in this process. If we are going to radically ramp up the ambition of climate policy, we must change how it is designed. We must change economics.

That is what motivated us, a group of students from across the world, to found Economists for Future. To arrest the climate crisis, economics must move from getting it wrong to making it right.

At Economists for Future, we are critical optimists. We have a deep belief in the power of good economics to make the world a better and more humane place. But we believe that we are currently not living up to our responsibility to help create and communicate a policy framework that accelerates the transformation to a more sustainable, prosperous and fairer world.

At this stage, failure to step up to this responsibility and to seize this opportunity is to let down the world. If economists cannot engage in this economic transformation the science requires—then who? If we do not raise our game now—then when? The likelihood is it will be too late. In which case, history has every right to judge us harshly.

In our one-page open letter we lay out the case for economists to raise their game.

Back in January, Rethinking Economics and Doughnut Economics got together and launched a competition based on the ‘seven ways to think like a 21st century economist’ set out in Kate Raworth’s book Doughnut Economics. The challenge that they threw down was this:

The judges were amazed and delighted to receive over 250 entries across three categories – schools, universities, and everyone else – covering a very wide range of themes. You can find out more about all 250 ideas and what happens next with them on the Doughnut Economics site here.

And the winners are…

‘Everyone Else’ winner – (WEAll member!) On Purpose with their short video ‘From Business Case to Systems Case’

WEAll Ambassador Kate Raworth has launched a competition with Rethinking Economics looking for the 8th Way to Think Like a 21st Century Economist.

Kate Raworth’s book Doughnut Economics: seven ways to think like a 21st century economist proposes seven mindset shifts to make economics fit for addressing this century’s challenges. But many other shifts are needed too so, in order to explore them, we decided to launch a competition based on this challenge:

They’ve got a fantastic panel of economic re-thinkers who are ready to review your entries and select the very best as winners. So get rethinking!

Find out more about the challenge and submit your idea here.

On Tuesday 26 March, WEAll Scotland teamed up with Rethinking Economics to co-host an event in Edinburgh discussing economics education and how Scotland can champion a more pluralist approach to economics.

Rethinking Economics is a WEAll member, and comprises an international network of students, academics and professionals building a better economics in society and the classroom.

The event was full of students, civil society professionals, academics and interested members of the public keen to discuss economics curriculum reform.

The panel was chaired by Ross Cathcart from Rethinking Economics, and included:

Gary Gillespie kicked off by explaining his background as an academic economist who joined government to try to apply his economics skills to real world issues, particularly health issues in Scotland. Gary was clear that the central objective of the Scottish Government economics directorate is to improve economic and other outcomes for the people of Scotland. He said: “as an academic economist, I used to use policy to show how good the models were, not the other way around!” In later remarks, he stressed the importance of being responsive to the issues of the day, and of the need for economics and other graduates working in the public sector to be motivated by real world concerns.

Katherine Trebeck was clear that economics is at its best when it is pluralist and not “constrained by narrow bandwidths”. She re-imagined the famous Ronald Reagan quote (“the only limits to growth are the limits to our imagination”), saying that our imaginations are presently limited by fixation on growth but can go further. However, it’s not just a question of growth or no growth, but of opening minds – which the university system is particularly well placed to do. She also raised the question of elitism in economics, calling for people from a more diverse range of backgrounds to engage in the topic both as a degree subject and a career.

Robert McMaster explored the interplay between ethics and economics – which, he says, not enough economists are interested in doing. As a Professor who has taught economics at university level for a number of years, he believes that issues start on day one when students are required to focus straight away on “economic scarcity vs. unlimited wants”. He implored the audience to consider that economics, as currently taught, “tacitly condones those who wish to shape our wants”, and ignores power structures beyond market power.

Fourth year Economics undergraduate student Lovisa Reiche had the last word. In her view, economics should be about creating a system that works for as many people as possible. She said: “Economics isn’t all bad: but there are clear problems in the way it is being taught”. For Lovisa, some of the teaching has felt “artificial” and far removed from recognisable human behaviour and values. Frustrated with what she perceives to be the stripping away of relevance from the subject and profession, Lovisa and her fellow students at Aberdeen University have been campaigning for changes – from simple shifts in focus to curriculum overhaul.

The panel coalesced around the notion of the political coming back into economics – though none of them advocate losing the technical rigour of the subject. As Gary summarised, however, “what’s the point of economics if it’s not about addressing the big challenges we’re facing?”

Spirited questions from the audience continued the conversation, and it was clear that nobody wanted the discussion to end! It doesn’t have to: keep up with the work of Rethinking Economics and support the campaign for economics curriculum reform.

You can also find out more about the Scottish Government’s approach to wellbeing economics and the Wellbeing Economy Governments partnership here.

I was thrilled to be part of the international Rethinking Economics summer gathering earlier in August.

Rethinking Economics (RE) is an international network of students, academics and professionals aiming to build better economics education and thus contribute to transformation of the economic system.  RE is a WEAll member and we headed to their gathering to explain what WEAll is doing and our vision, and make connections between the work of RE and the wider movement.

This was a really special event – by the time I arrived on day 4, the participants were clearly a really tight group. Despite having already had four intense days of strategic planning and plotting to change the world, energy and enthusiasm levels were through the roof. I reckon there are a few world changers in this group!

I supported Rowan from RE to run the opening session on day five, encouraging students to work in their national or regional groups to use power mapping tools. They each mapped out the different external stakeholders who have influence over their university curriculum and came up with strategies for working with at least one of these to create change in the new semester. The depth of strategic thinking was really impressive for a short session!

Then it was time to deliver a presentation on what WEAll is all about and I was delighted to have a packed room full of people curious to learn about us. I started by asking everyone to say what they think a wellbeing economy is or includes, and the answers were brilliant – all completely in line with WEAll’s definitions! (see the photo) It was great to get an overwhelmingly positive response to my short workshop, and a wee queue of students keen to discuss collaboration at the end.

Myself and the other presenters were swept up in the busy afternoon of workshops, and I had so much fun as part of Team Meme Machine creating memes that RE can use during the #10yearson campaign (watch this space). We were also grateful to be welcomed into the brilliant (late night!) closing party, complete with quiz and talent show. These Rethinkers know how to have fun.

It seemed there was a meaningful connection with WEAll to be made with every Rethinking Economics group, and the other presenters I spoke with to – being part of this incredible Gathering made me more sure than ever that WEAll as an alliance to connect the wellbeing economy movement is really needed. It also gave me a real boost that with the energy and talent that already exists within the movement, we really can succeed in our ambitious goals.