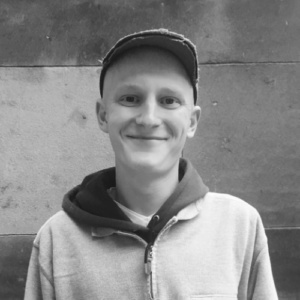 Sam Butler-Sloss, who is leading the emerging WEAll Youth group in Scotland, has written a powerful piece in today’s Independent.

In his opinion piece, “Criticise the climate strikers if you like. In five years we’ll all be at the ballot box and the world will change”, Sam makes a strong case for economic system change and advocates for the strength and power of young people in driving change.

This article was first published by The Herald here.

Building an economy that works for all – Katherine Trebeck, WEAll Knowledge and Policy lead

In 1983, Reagan declared that “there are no great limits to growth because there are no limits to human intelligence, imagination and wonder”.

When Reagan uttered those words, students were striking against nuclear weapons. Celebrities were singing that aid and charity from the west would “feed the world”. The scientific community was building an evidence base about hydrofluorocarbons, resulting in political agreement to eradicate their use in order to protect the ozone layer.

Today, students strike against inadequate political response to climate change. Celebrities (and companies) are being called out for tax evasion which undermines state budgets for health and education.

And scientists are not only warning against the 6th mass extinction, but building an evidence base that links between economic growth and environmental impact are real, with any decoupling a case of offshoring production, liable to rebound, and frankly – and unfortunately – just too slow to be a solution.

Community groups and scholars are also pointing to mounting evidence that economic growth and equality of opportunity are not, as was recently suggested on national radio, “two sides of the same coin”. How would that claim sound to communities in Scotland who haven’t seen many drips trickling down from Scotland’s GDP growth in recent decades? Or to people turning to food banks after a shift at work because the economic activity on offer isn’t enabling them to feed their families?

Yet, in spite of such realities, thinking from Reagan’s era lives on. Eleven months ago, a 354-page document was published on behalf of the SNP. The “Sustainable Growth Commission” and its recommendations will be voted on by SNP members at their conference this weekend.

The Commission’s report contains useful and progressive proposals – especially its framing of tax as an investment and welcoming the role of migrants in Scottish life.

But questions could be asked of its underlying premise: turning the pages reveals that it means “sustainable” in the “perpetual” sense of the term, not the “taking into account environmental limits and ensuring the economy regenerates the ecosystem” sense.

The latter doesn’t make for such a catchy title, but would chime better with Scotland’s role in pioneering a new way of understanding economic success. Scotland is already recognising the need to make the economy circular and businesses more inclusive. The Government is broadening the notion of national success away from GDP alone via the National Performance Framework and showing leadership in convening the new Wellbeing Economy Governments initiative.

The report also points to New Zealand’s economy of the last decade or so as something to emulate but turns a blind eye to New Zealand’s concerted efforts to move away from previous growth-ist orientation and instead build a wellbeing economy. Prime Minister Jacinda Ardern says:

“People look [at our GDP] and say ‘you’re doing OK’. But we have homelessness at staggering rates, ones of the highest rates of youth suicide in the OECD and our mental health and wellbeing is not what it should be. We need to address the societal wellbeing of our nation, not just the economic wellbeing.”

These words could apply to Scotland. We should accompany New Zealand in imagining and creating an economy suited to the environmental realities of our age and which ensures the economy works for all, not just the privileged few.

Perhaps the Growth Commission needs another volume, entitled: “From Growth Orientation to Wellbeing: Building an Economy Really Fit for Scotland’s Future”.Writing that would mean updating Reagan for the 21st Century and using our limitless imaginations, wonder, and human intelligence to build an economy that is better than growth.