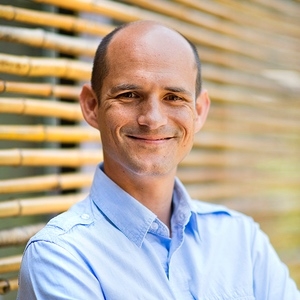 “The way we have measured success as individuals and societies, has come out of fear and disconnection. Imagine the possibilities if we started operating more and more out of love and connection.”

For twelve years after graduating with a degree in Business from the Costa Rica University, Giancarlo worked in managerial positions in mass consumer markets and the tourism industry. His role as an executive was gaining considerable momentum when he realized he needed to stop. He was lacking a meaningful purpose.

Giancarlo took time to reconnect and reimagine. He quit his job, packed his bags and flew to Sweden. As part of this journey he obtained a Masters in Strategic Leadership for Sustainability (MSLS). This experience, with 60 people from 26 countries, had a profound effect on him. Since then he works intentionally to generate collaborative communities.

In 2010 he founded his first Social Enterprise, Magical Trees, to reconnect people with nature. This organization has planted 30.000 native trees in biological corridors and, with its educational module, reached 5000 public school kids all over his home country of Costa Rica. Magical Trees is part of a collaborative ecosystem of volunteers, private organizations and government agencies. In his TEDx talk “The colors of reconnection” he shares part of this vision.

Giancarlo believes in the transformational power of photography.  Together with his father and brother, he took the photos and published the book Magical Trees of Costa Rica, a best seller in that country. Seeking for a new perspective, Giancarlo took to the air with his brother, and after dozens of hours of flight and photography, the pair showed the world a Costa Rica never before depicted: a diverse country, full of contrasts. The best-selling book Costa Rica From Above reveals the profund interconnectedness of many social and ecological elements. Now the family runned Pucci Publishing is a pioneer B Corp in it’s country, and has been a Best for the World environmental nominee the last two years.

Giancarlo has taken on a growing role as a facilitator of groups for ‘purpose driven innovation’ across private organizations, public sector and social enterprises. Active member of the social movements Theory U, Social Presensing Theater, Art of Hosting and Empathic Communication (NVC), in all of which he has been trained in Costa Rica, Sweden and the US.