by Beth Cloughton and Anna Murphy

B: Hi Anna. Thinking about a ‘Wellbeing Economy’, can you tell me what your definition and/or approach to this term is?

A: Of course. A Wellbeing Economy is about putting social and ecological wellbeing at the core of our society and its measure of success. It means moving from measuring ‘success’ of a business or society – any institution or organization – by profits or GDP, to metrics which better encapsulate the things we care about, like human health and fulfilment (‘wellbeing’), and a stable planet with beautiful nature.

“The current economic system is not ‘broken’ as it’s often labelled: it does what it was built to do, which is to drive profit over and above anything else”.

Building a Wellbeing Economy is about going back to the drawing board, reflecting on what we want our society to look like, and building systems to make that vision a reality.

What about you, what’s your approach?

B: For me, a Wellbeing Economy is a critical approach to our current economic systems. Be it the production & consumption economy, attention economy, moral and political economy – a Wellbeing Economy is a way to imagine something different to the dominant view. It is about prioritising people over profits for the 1%, it is about levelling the extreme disparity in wealth accumulation, and valuing ‘wellbeing’ more than capital. It is returning to balance with the environment, each other and ourselves.

Bearing this in mind, Anna what do you think are some of the key challenges to building a Wellbeing Economy?

A: I struggle not to get overwhelmed by the scale of the environmental challenge we face. If collectively, we make no further changes compared to those in 2015 at the Paris Agreement, we will reach 3.7 degrees warming by 2100. If we don’t fulfil even these insufficient commitments (which is where we’re currently at), we can expect warming of 4-5 degrees.

A world 5 degrees warmer can support only one billion people. Never mind ‘wellbeing’ – that is a catastrophe.

The challenge is that to transition at the speed and depth required of the planet, the process will have to be fair – which requires certain groups of people and countries to give up huge power and privilege. We need leadership and collaboration at an unprecedented scale, and I don’t see politicians with that foresight, courage or competence. One particularly relevant misconception is the belief that current levels of incremental change are enough.

Another more tangible challenge is that the economics field was not designed to be accessible – there’s so much unnecessary jargon. Yet we are expected to be informed enough to vote.

The WEAll Read book club is about breaking down barriers to economic ideas, and about getting the message out there that thinking about, debating and criticising economics is for everybody.

B: The WEAll Read Glasgow book club is still in its first year and is experimental with what we do. We have read a broad range of books that aren’t necessarily considered classic economic texts; we have included podcasts, collections of essays and journaling. The space at WEAll Read Glasgow is open, relaxed and conversational. I see the space as welcoming and accessible to lots of people, especially those who may be new to some ideas around a Wellbeing Economy.

B: A Wellbeing Economy is necessarily dealing with the complex intersections of people. Capitalism, and particularly its neoliberal form, homogenises and hierarchises people into ‘productive’ and ‘unproductive’ based on capital output.

A Wellbeing Economy approach has to acknowledge power, history, inequality and paths to justice for a genuinely different system to occur.

We can’t talk about environmental justice without talking about racial justice, nor can we speak about gender equality without speaking about unpaid labor, trans-equality and food systems. The climate emergency affects people in myriad ways that are experienced based on both your global, local and identity position. Talking purely about an economic model in terms of input/output is void of both reality and justice.

Thinking personally, Anna, would you say any changes have come about in your personal life from being more a part of a Wellbeing Economy space?

A: I’ve built deep friendships – I now have both friends and connections with whom to relentlessly chat about these ideas, and that’s been empowering and uplifting. I’ve deeply questioned assumptions I hadn’t realised I held. Last, it’s created a space to dream – reading The Economics of Arrival by Katherine Trebeck and Jeremy Williams and learning about the Wellbeing Economy Governments (WEGo) partnership was so inspiring. So there’s been the realisation that there are people out there with the courage to pursue the perceived impossible. That’s exactly what we need.

B: I would say that joining the WEAll Read book club has enabled me to carve out space each month to discuss difficult topics and ideas with the support of others. It has led me to recognise the scope of change a Wellbeing Economy has, especially in relation to how intersectionality must be at the core of this work.

If you want to get more involved in WEAll and WEAll book clubs:

During the pandemic, many people are finding themselves with more time on their hands – and many are also in pursuit of new economic ideas and understanding.

WEAll and our members have compiled some recommendations for ‘must-read’ books  to understand the case for, and path towards, a wellbeing economy.

Of course, this list is not exhaustive – comment below with your own recommendations. Why not get involved with the WEAll Read book group, which is holding monthly meetings? Find out more here.

Where does money come from? What’s the purpose of economics? What is economics? Is growth the means to an end or an end in itself? Why are there people still homeless and hungry when the world has so much wealth? Why have we developed economic and political systems which disregard nature’s power and beauty? Can we fix the system with the very tools that built it? What does ‘the system’ even mean?

What can I, as an individual, do to create positive change? 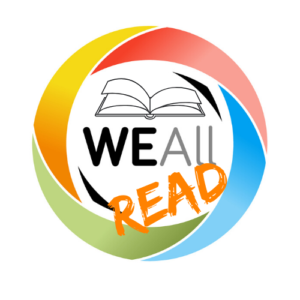 Welcome to WEAll Read. WEAll Read is WEAll’s new book club, a community reading and discussing books relevant to the wellbeing economy: in essence, the goal is to answer the questions above…and the many more that crop up with each new book! It’s about making economics everyone’s business, because it is too important to be left just to the experts.

A core premise of the wellbeing economy is that economic growth must not be an end in itself: but rather a possible means to the ultimate goal of creating human and ecological health, wealth and fulfilment. This challenges a deeply embedded assumption of traditional economics: that it is a science, devoid of values. At WEAll read, we believe in the need to bring values back to economic thought, knowledge, theory and practice.

Where did it come from?

As a recent graduate starting out with a sustainable finance project, my 2019 New Year’s resolution was to learn about sustainability and economics (and ideally to build a community with whom to chat about this slightly niche topic). It all started with a LinkedIn post. I promised wine. The Impact Economy Book Club kicked off in Edinburgh and 8 months later, we welcomed Katherine Trebeck to the local bookshop. We were so inspired by her ideas and organisation, the Wellbeing Economy Alliance, that we joined forces! It was immensely exciting to discover an organisation turning the things we were reading about into action.

‘Together we are greater than the sum of our parts’ goes the WEAll mantra, and this collaboration felt like exactly that.

Where is it going?

Think hundreds of local book clubs, far and wide, with people from diverse backgrounds and disciplines coming together to learn and take action with the wellbeing economy.

We’re up and running in Edinburgh (join this Whatsapp Group to get involved), and start in Glasgow this month. Beth Cloughton, the Glasgow organiser, is also planning a book swap and online dial-in, already showing the power of creativity! You can join their Facebook Group here.

We’d love for you to get in touch if you’d like to set up either a place-based or online club, and also have a Goodreads Group for anyone to join (you can find the books we read in 2019 there).

How we are at WEAll Read

Where we could do with some help

Challenging conversation isn’t always comfortable. A few months ago, in Edinburgh, a book club attendee criticised it for being a feminist echo-chamber: we had apparently been read too many books by females. After establishing robust argument against this critique, the whiteness and Western-ness of all the authors whose books we had read was obvious, and problematic. This is why we believe brave conversations are necessary: uncomfortable moments produce stronger arguments and reveal important blind spots.

If anyone from the wellbeing economy community has books to recommend from perspectives we might have inadvertently missed, please reach out, we would love to hear from you.

Join us on Monday 27th in Glasgow to discuss Kate Pickett and Richard Wilkinson’s ‘The Spirit Level’ or Tuesday 28th in Edinburgh, for Naomi Klein’s ‘On Fire.’ Looking forward to some new faces!

Discussions so far in Edinburgh

Katherine Trebeck comes to the book club in Edinburgh

Summary notes of The Economics of Arrival

Summary of Discussion, The Value of Everything, by Mariana Mazzucato

Summary of Discussion: There is No Planet B